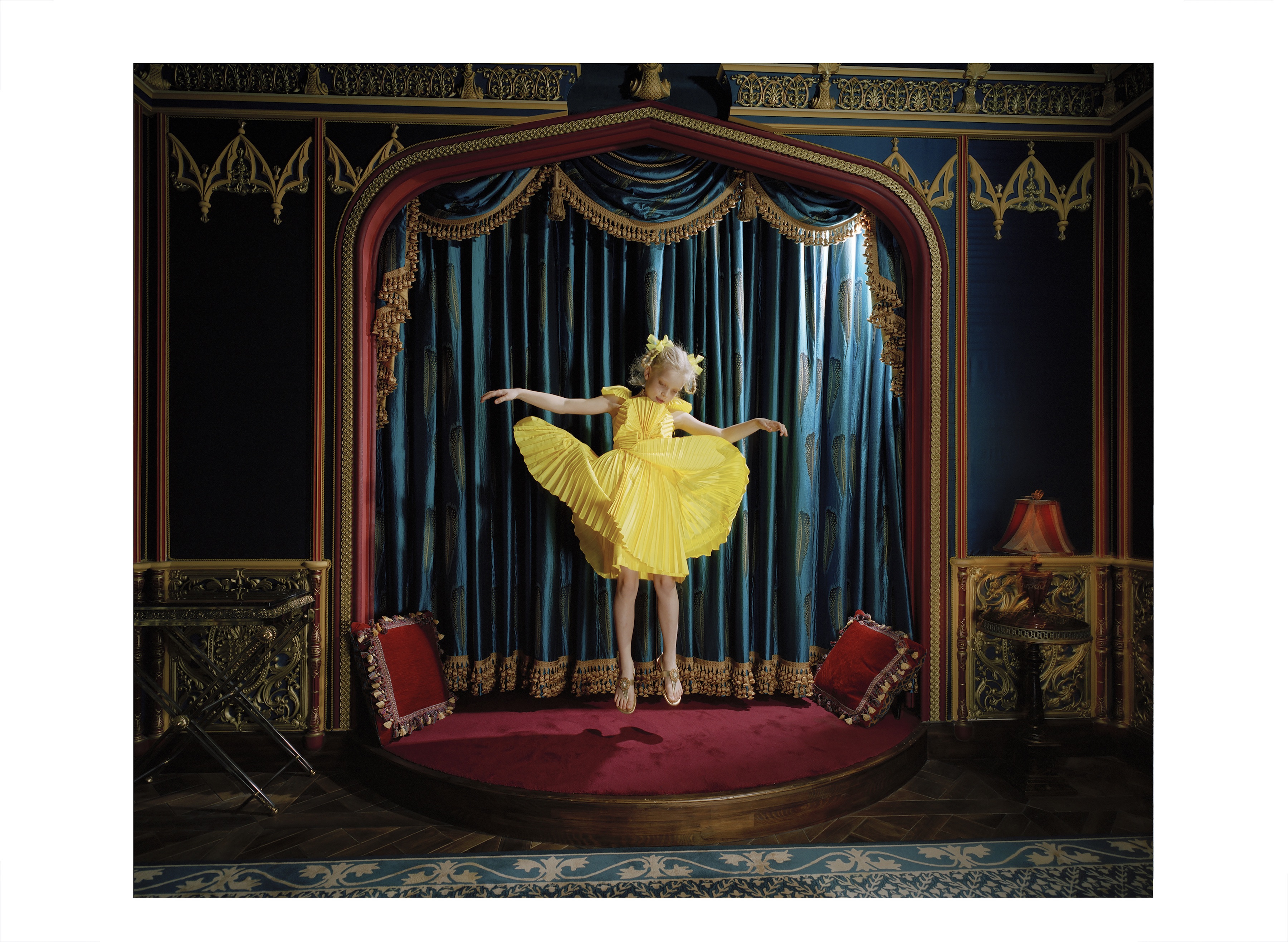 This exhibition brings together 30 renowned photographers from around the world to address the wicked problem of economic inequality. Their images shine a light onto what is often unseen–the lives of the wealthiest 1% of the world–and gave visual form to this timely topic

This semester begins with an opening reception for 1%: Privilege in a Time of Global Inequality, featuring a special performance from Billy Kelly.

The Samek Art Museum has partnered with the Tuesday Film Series to screen the critically acclaimed film Queen of Versailles and a new short Bling Dynasty in conjunction with the exhibition. Both documentaries are by award winning director Lauren Greenfield. Queen of Versailles brings the viewer into the unfiltered life of a family from the 1%, while Bling Dynasty takes a look at the new moneyed lives of China’s 1%.

The story of inequality is impossible to ignore these days. My morning commute through Manhattan affords me glimpses of both appalling poverty and magnificent wealth. Everyone from billionaire businessmen to the Pope has spoken out against this worrying trend. While we may think we understand wealth through television and tabloids, what we see represents only a drop in the bucket.

In 2014, the highest paid athlete in the world, Floyd Mayweather, made $105 million. In the same year, the highest paid hedge fund manager in the world, Kenneth Griffin, made $ 1.3 billion. And yet Mayweather is world famous, while for most people Griffin doesn’t register at all. And while we may think we understand inequality, in fact we don’t at all. Harvard Business School asked Americans how much they think major CEOs earn relative to ordinary workers. The median respondent thought the ratio was perhaps 30 to 1. The reality? It’s over to 350 to 1.

In curating 1 %: Privilege in a Time of Global Inequality, I have tried to gather images that examine wealth globally and in many different ways. One reference point I had for my project was Edward Steichen’s 1955 exhibition The Family of Man. Curated in the optimistic postwar era, it presented over 500 documentary photos of very different people from around the world, grouped under common themes such as family, religion and work. It argued for, in Steichen’s words, “the essential oneness of mankind”. But as inequality reaches historic levels, I find this thesis less and less viable. Consider, for example, that the 6 heirs to the Walmart fortune own more wealth than the bottom 42% of Americans combined. I wanted to respond to Steichen’s project by finding images on similar themes but taken in the realm of wealth. While The Family of Man was a sprawling, varied and democratic mix of images by both known and unknown photographers, I took a different approach, befitting the exclusive spirit of my topic. I selected a small number of polished, well-crafted, medium format photographs by some of today’s best photographers. I wanted to borrow the language of privilege and use it to observe and critique privilege.

Some of the images map out points in the world of affluence, such as education, leisure and healthcare ( while avoiding clichés like fur coats and private jets). O ther images are positioned outside the world of the 1%, looking back in. For example, one of Nina Berman’s images shows a crowd of hopefuls attending a church in the American South that teaches that Jesus wants us to be rich. Some images contain juxtapositions of class, such as Guillaume Bonn’s photo of maids in a wealthy Kenyan household. Still other images are more abstract, such as Sasha Bezzubov’s photo of a cloud of golden dust over a logging road in Gabon, which evokes for me the ephemeral nature of wealth.In March 2015, billionaire private equity investor Paul Tudor Jones II publicly declared that the wealth g a p “cannot and will not persist…it will get closed. History always does it.  It typically happens in one of three ways: either through revolution, higher taxes, or wars.”So then, what will it be?I hope this project helps spur that conversation.

For a full list of exhibited works please see www.onepercentshow.com