Milton Public Library will temporarily be closed due to COVID-19. Please check their website for updates. 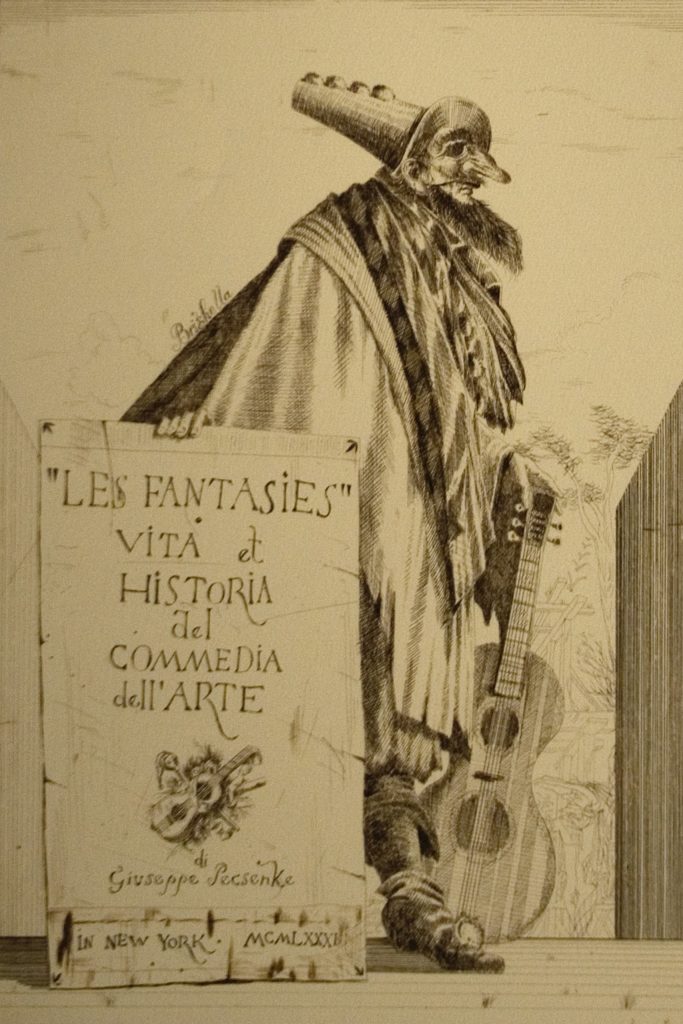 Commedia dell’arte emerged in Northern Italy during the 15th century.  The style is characterized by its stock characters, basic plot, and improvised dialogue. Performances of this style were usually on temporary stages in the streets of a city, these stages can be seen in the etchings on display. Stock characters and a basic plot allowed actors to tailor their performances to the audience, providing actors the chance to make relevant commentary on current events and politics in the cities. The plot of a performance done in the commedia dell’arte style were familiar stories to audiences, often performances were about a young couple’s love being thwarted by their parents. Masks, also seen in Pecsenke’s etchings, were worn by the actors during performances- a tradition that comes from ancient Roman comedies. Wearing masks allowed audience members to identify characters in the show and reinforced their stock characteristics.

The influence of commedia dell’arte in theater can be seen from the 15th century onward. Playwrights, like William Shakespeare, incorporated the character types and plot devices into their own writings. Commedia dell’arte is also used to train actors in physical and improvisational theater today.