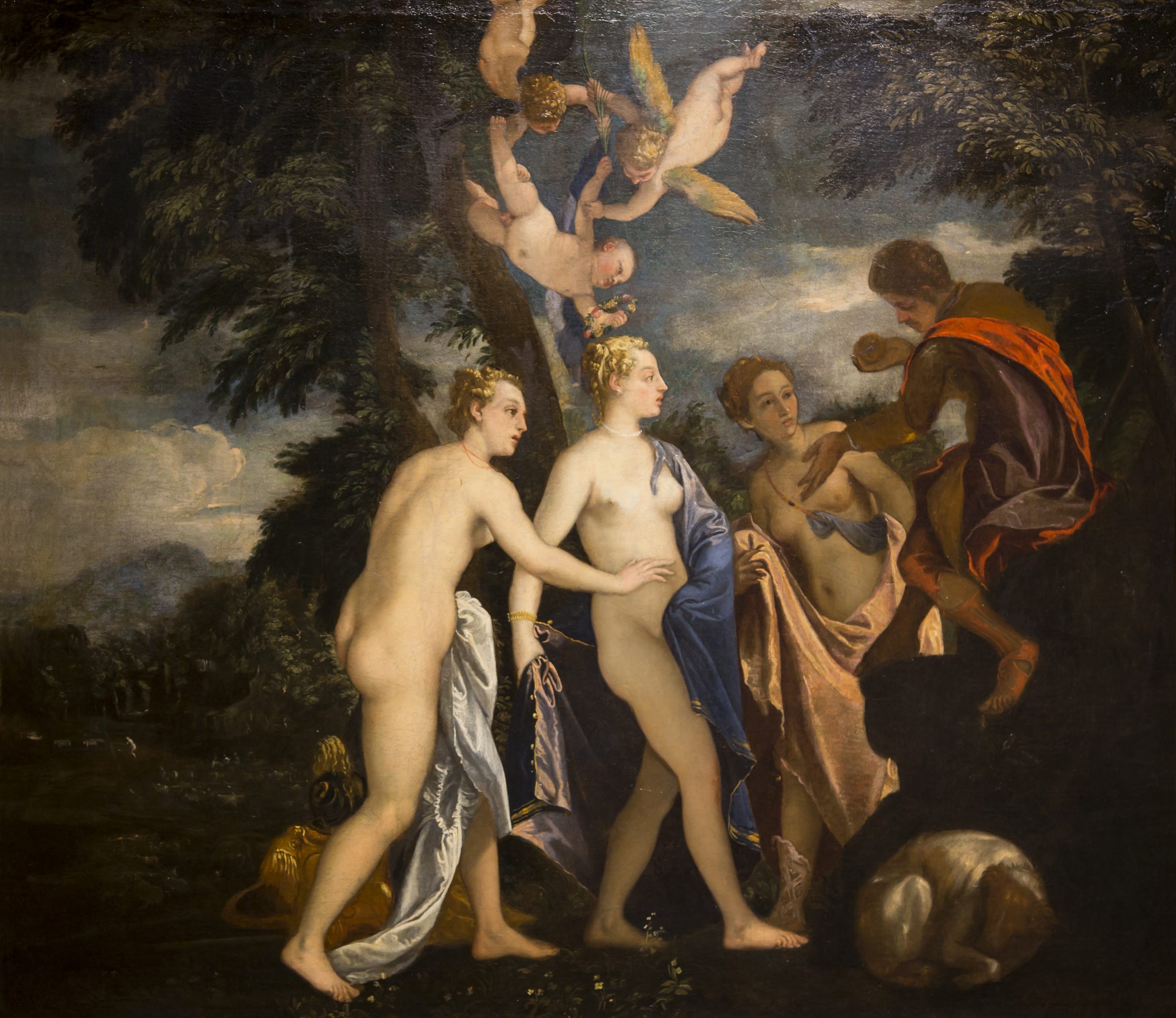 Today, we have picked two Kress paintings to compete! .
Paolo Veronese
Judgment of Paris​, 1548-1588
Oil on canvas
Gift of the Samuel H. Kress Foundation
.
Paolo Veronese was a famed 16th century Italian painter who primarily produced work for patrons. This painting depicts the Greek myth, the Judgment of Paris. In the story, three Greek goddesses ask Zeus to judge which of them was the most beautiful. Zeus avoids the question by suggesting that Paris, a mortal man who had recently proven his fairness in a different competition, would be a better judge. The goddesses – Hera, Athena, and Aphrodite – were first judged clothed, though when that did not result in a winner they were judged again nude. The myth was a popular subject for painters in the Renaissance, as it offered artists the opportunity to paint three female nudes while adhering to traditionally acceptable subject matter, which included Greek and Roman stories as well as biblical narratives. 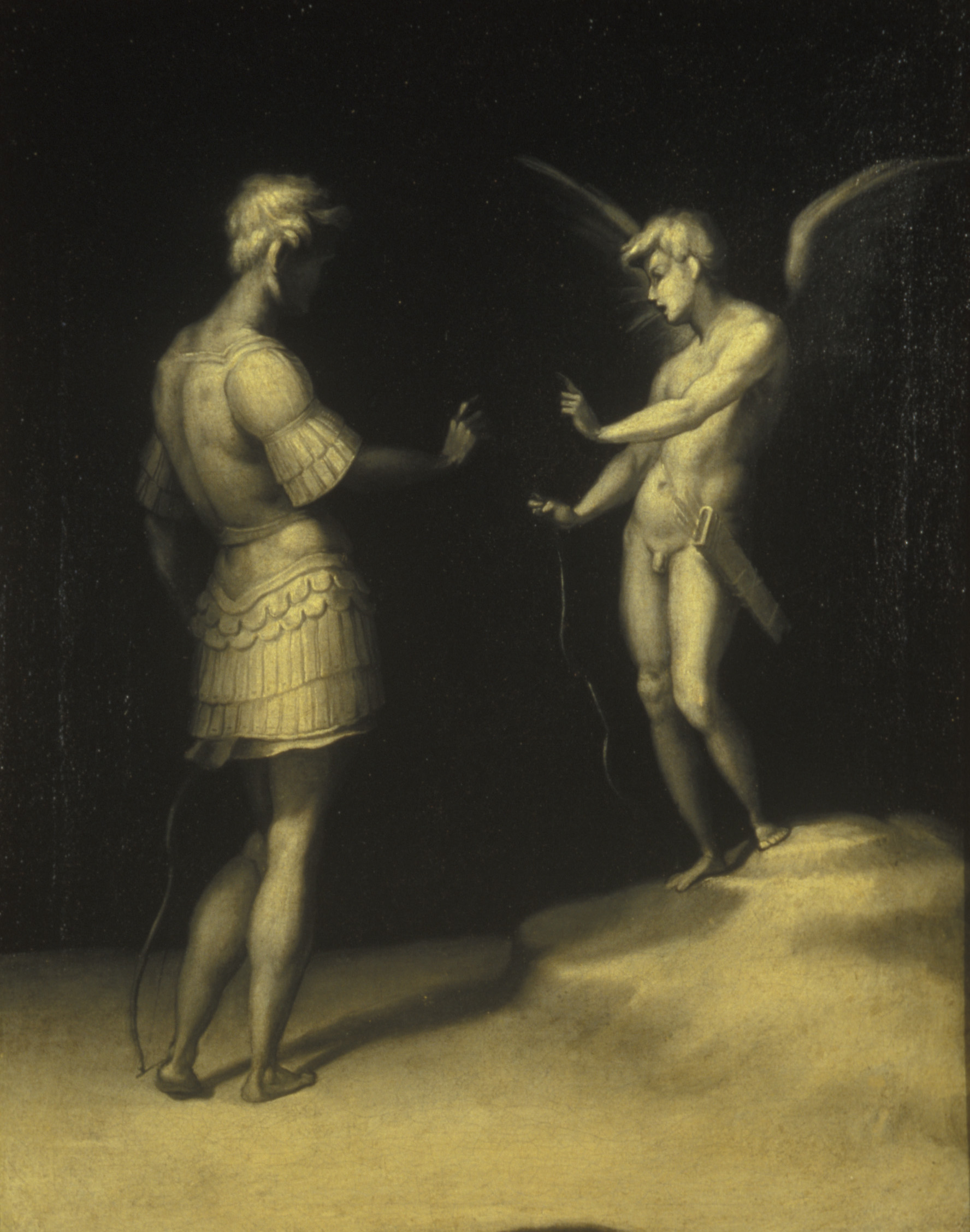 Pontormo
Cupid and Apollo,​ 1512-1514
Oil on Canvas
Gift of the Samuel H. Kress Foundation
.
This is another painting inspired by Greek Mythology! In this work, Apollo and Cupid are seen in a dark, moody, and atmospheric landscape. The painting references the Greek myth of Apollo and Daphne, in which Apollo ridicules Eros (Cupid) for his use of the bow and arrow, as Apollo is the god of archery and thought himself more deserving of the weaponry. In retaliation, Eros opts to prove a point. First, he shoots Apollo with a gold arrow, causing him to immediately fall hopelessly in love with Daphne, a river nymph. Then, Eros shoots Daphne with a lead arrow, causing her to hate Apollo. Apollo and Daphne are caught in a game of chase until Apollo finally catches up. In that moment, Daphne calls out to her father, who turns her into a laurel tree, protecting her from Apollo’s advances.

And the Winner is Cupid and Apollo!