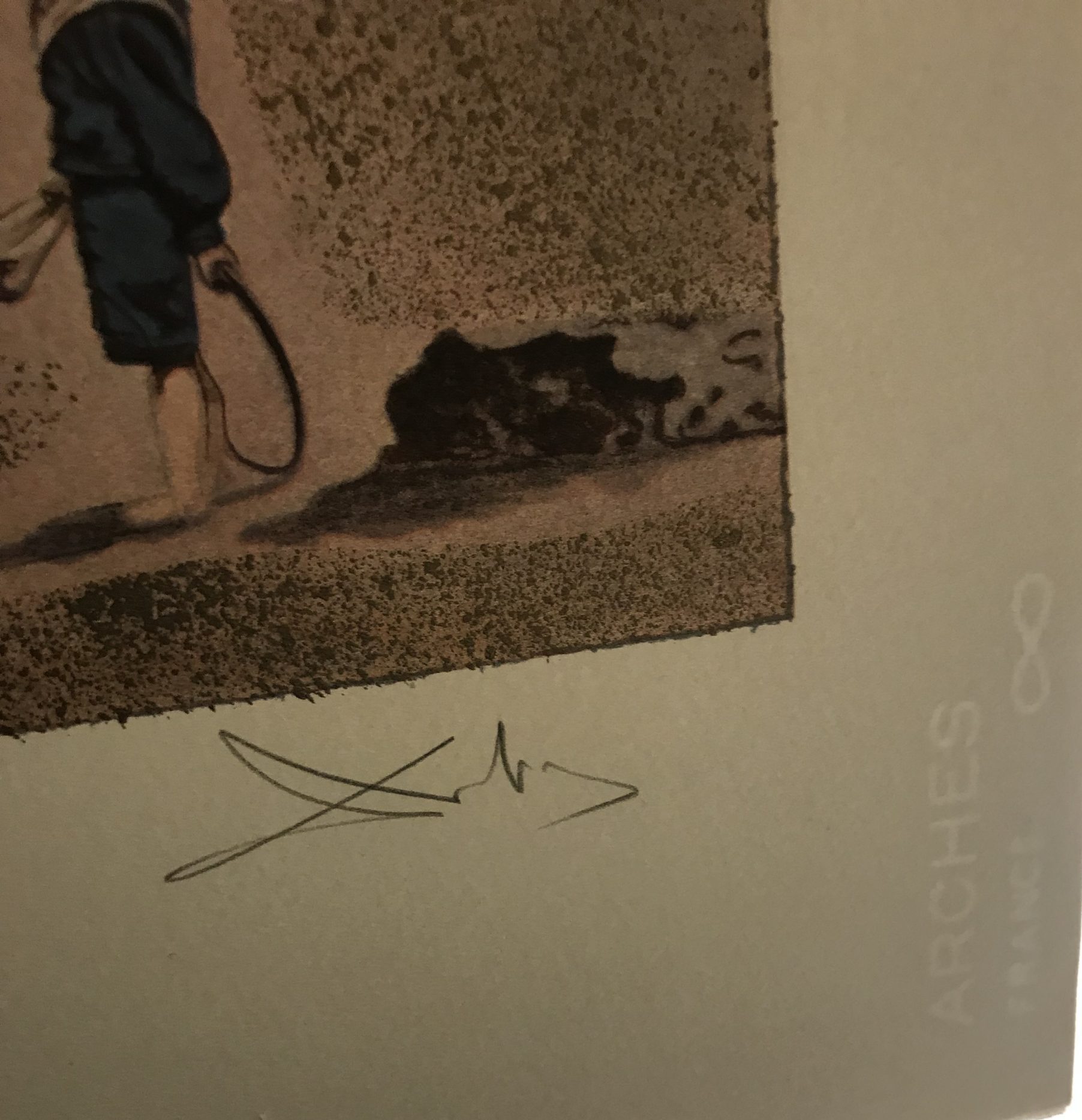 Theresa Engelbrecht, Registrar & Exhibition Manager at the Samek Art Museum, had the opportunity to look at the Catalogues Raisonnés for Dali’s graphic works, and compare the information to the Samek’s holdings. In doing so, she confirmed suspicions that our Dali lithographs are not by his hand, but rather done “after” his style.

Here is the evidence:

Using the Field catalog, she also discovered that our Pegasus (1978.5.1) and Da Vinci (1978.5.2) by Dali are both 1968 re-strikes initiated by Jean Schneider from Dali’s Album of 15 Gravures. The re-strike edition was unlimited and unnumbered, and the plates were likely re-engraved as the matrix began to show wear. As the plates wore, color was also added (our Pegasus shows such color), but there is no evidence Dali supported the use of color.

According to Theresa, this further solidified the importance of well-compiled Catalogues Raisonnés!